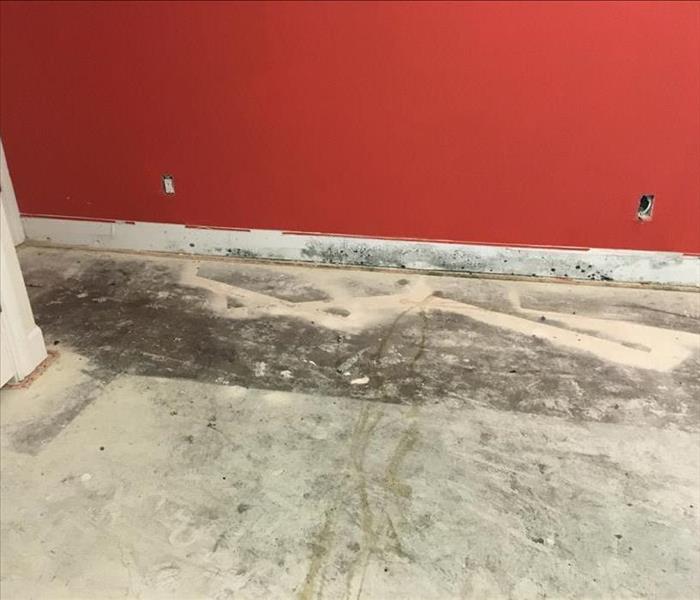 SERVPRO of Palo Alto responded to a water damage and mold remediation restoration project in an occupied commercial building. The office building suffered a flood caused by a pipe burst after hours. This event caused several offices to be affected and work to be interrupted. Unfortunately, mold had already began to form throughout the baseboards of the walls (as seen on this image). Our SERVPRO technicians quickly cut out the affected areas in order to remove damaged material and replace it with new material. During the cleaning process dehumidifiers were used to dry out the space, along with antimicrobial agents, and negative air fans/air scrubbers. The business owner was very pleased with the quick and reliable service provided by SERVPRO of Palo Alto.

View More Before & After Photos