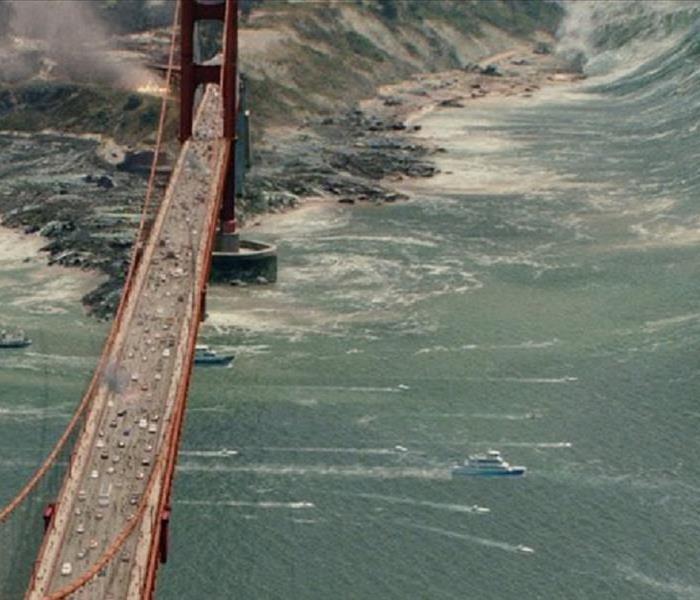 A powerful 8.3 earthquake that rattled the earth for three minutes struck the Pacific Ocean off the coast of Chile Wednesday, generating a 15-foot tsunami along parts of the Chilean coast. Chile is one of the most earthquake prone countries as the Nazca plate runs under the Andes beneath the S. American plate.

The tsunami advisories are in effect for Hawaii and California coasts but the strength of the waves will be concentrated on French Polynesia including Tahiti. Local officials urge people to stay off the beach and out of water in the areas of Southern and Central California including: San Luis Obispo, Santa Barbara, Ventura, Los Angeles, Orange and San Diego. The National Tsunami Warning Center said that tsunami waves of less than 1 foot above normal can be expected. Althouth the waves would not pose much danger to land, they can create dangerous currents to those swimming or boating in these areas.

Coastal areas nearest to the Bay Area, South Bay or Silicon Valley, including Pacifica, Half Moon Bay, Santa Cruz will likely not be affected by the waves of the tsunami. This earthquake should serve as a wake-up call to all Californians as seismologists have been predicting an earth-rattling quake to this area for months. The San Andreas Fault and 6 other significant fault zones are present in the Bay Area: the Calaveras, Concord-Green Valley, Greenville, Hayward, Rodgers Creek, and San Gregorio Faults.

If and when that big one hits us, a tsunami could be a real threat to us and might even come through the bay side to impact Palo Alto, Menlo Park and the surrounding areas. Once these waves enter your home, the waters are deemed category 3 flood waters and everything impacted by the waves would be deemed unsalvageable.

SERVPRO of Palo Alto would be one of the first responders in such a disaster and would be there to help clean out and dry out your commercial or residential property if affected.

SERVPRO of Palo Alto can respond immediately to your water damage emergency regardless of the scope or size of the damage. We are part of a national network of over 1,600 Franchises with special Disaster Recovery Teams placed strategically throughout the country to respond to large scale events and disasters.

Whether your water emergency occurs in an apartment, a large estate, a small office building, or a multi-unit complex, we will respond quickly to mitigate the damage and manage the restoration project through to its completion.